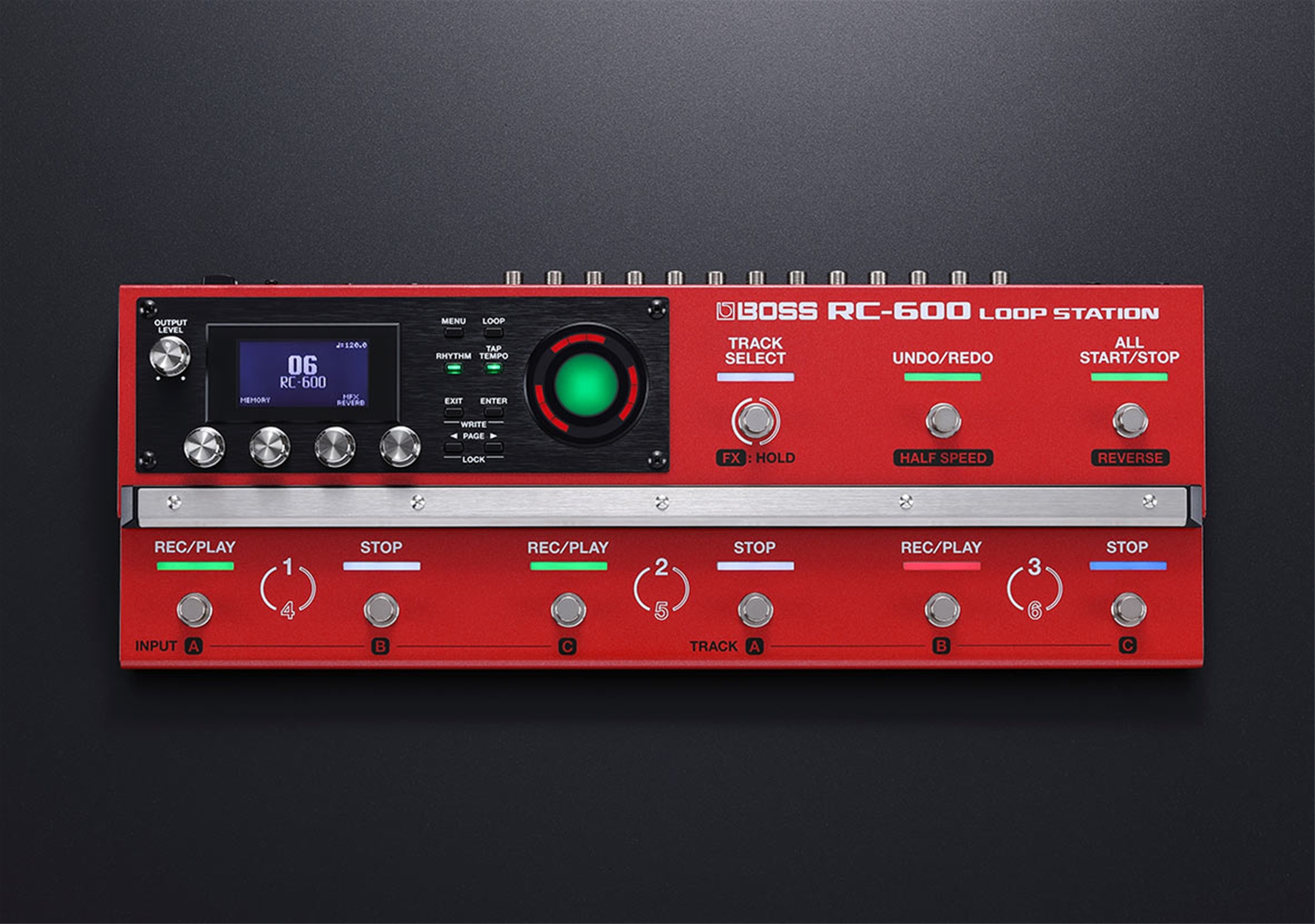 Meet the RC-600, the most advanced looper on the planet. Loaded with evolved features and customizable functions, this next-generation Loop Station ushers in a new era of creative power for guitarists, singer/songwriters, multi-instrumentalists, and other looping musicians. Capture multiple mics and instruments with six stereo tracks and premium 32-bit sound, and take full command with nine freely assignable footswitches and deep external control support. And that’s just the start—you can also color loops with a massive FX selection, groove with onboard rhythms, route audio as you like to the three stereo outputs, integrate with computer software via USB, and much more.

The Next Frontier in Floor-Based Looping

With the immense capabilities of the RC-600 at your feet, you can realize complex and sophisticated loop performances like never before. Use the six tracks in series or parallel for different musical structures, and build crystal-clear layers with the next-generation audio engine. Process sounds before and after capture with a huge range of FX, including time-based FX that automatically sync with loops and the built-in rhythms. Tap into unprecedented control with nine footswitches and the ability to instantly recall different assignments with three pedal modes. And if that’s not enough, you can go even further with the RC-600’s rich external control options.